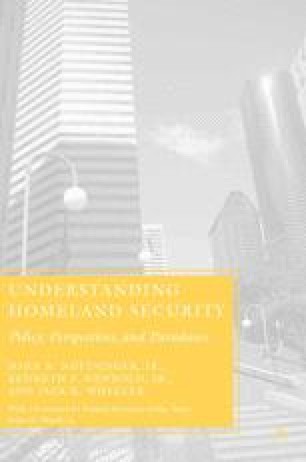 The Nature of the Threat

In your position as Associate Analyst for the Federal Bureau of Investigation (FBI), you are tasked to investigate, critique, and provide written reports on various topics that your supervisors require to establish and conduct tactical operations. Four days ago, an unidentified individual initiated a series of bombings in Sydney, Australia, targeting popular tourist destinations and claiming the lives of forty-three people, including five Americans. In the following days, the entire intelligence community was working diligently to determine how and why this event took place. Though no terrorist organization claimed responsibility for the event, it was not yet possible to rule out the involvement of any prominent or off-shoot group. The situation grew increasingly heated as Australian officials demanded retribution, the mass media offered conflicting, unsubstantiated causes for the event, and the U.S. public became noticeably concerned about subsequent events occurring upon American soil. The first real break in the case came yesterday, when security camera footage was obtained, allowing for a visual identification of the culprit, Harold Mitchell. Mr. Mitchell, a fugitive for the past twenty four hours, is a thirty-two-year-old Australian citizen, who does not possess a criminal record and has no known ties to extremist organizations. As you begin examining the myriad of files and records on this individual, you soon learn that he possesses a history of mental instability, specifically that he was diagnosed three years ago as a schizophrenic. In reviewing these documents, you ask yourself many probing questions; What were his motivations? Did he have a broad agenda other than murder? What do his targets and tactics symbolize? Is he part of a larger conspiracy that threatens the United States? Is this terrorism?

Terrorist Organization Homeland Security Terrorist Activity Russian Government Suicide Bombing
These keywords were added by machine and not by the authors. This process is experimental and the keywords may be updated as the learning algorithm improves.
This is a preview of subscription content, log in to check access.