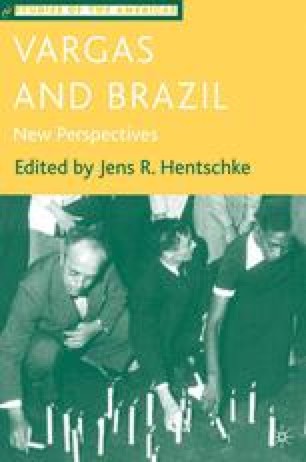 Since the mid-1990s, historians have gained access to a wealth of documentation on political policing in Brazil from the 1930s to the 1980s. The newly opened archives of the federal political police, the Departamento de Ordern Política e Social, and its counterparts in the states have revealed the full scale and scope of police operations against individuals and associations deemed subversive to the established social and political order. The targets of political policing, above all militants of the Partido Comunista Brasileiro, were always aware of the police’s reach and denounced it at the time in the critical press. Historians, however, paid little attention to the political police until recently and displayed much greater interest in the Serviço Nacional de Investigações (SNI; National Service for Investigations), the intelligence service of the military regime (1964–85), because of its unsavory role in the violent repression of the opposition. As long as the Brazilian armed forces successfully resist pressure to open their archives, however, those of the political police serve as the best proxy to understand the role of intelligence services in national politics during the Vargas era. Research on political policing during the Estado Novo (1937–45) and the Populist Republic (1945–64) has revealed a high degree of ideological continuity in Brazil’s intelligence community: the logic of political policing foreshadows the military regime’s National Security Doctrine.

Social Order Industrial Relation Union Leader Coke Plant Labor Minister
These keywords were added by machine and not by the authors. This process is experimental and the keywords may be updated as the learning algorithm improves.
This is a preview of subscription content, log in to check access.