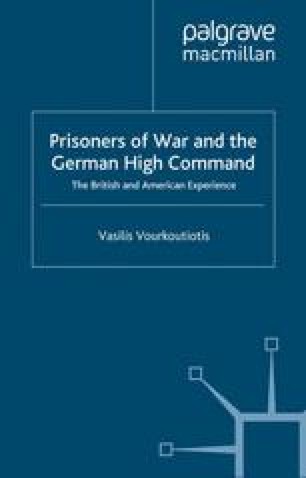 The first task of the Geneva Convention was to identify who was entitled to be classified as a prisoner of war: article 1 began by referring directly to those individuals identified in articles 1, 2, and 3 of the Fourth Hague Convention of October 1907. The first of these articles set out the requirements which had to be fulfilled by any army or militia/volunteer corps whose soldiers wished, in case of capture by enemy forces, to be considered prisoners of war: “1. They must be commanded by a person responsible for his subordinates. 2. They must have a fixed distinctive sign recognisable at a distance. 3. They must carry arms openly. 4. They must conduct their operations in accordance with the laws and customs of war. In countries where militia or volunteer corps constitute the army, or form part of it, they are included under the denomination ‘army.”’ The second article of the 1907 Hague Convention added that “[t]he inhabitants of a territory not under occupation, who, on the approach of the enemy, spontaneously take up arms to resist the invading troops without having had time to organise themselves in accordance with article 1, shall be regarded as belligerents if they carry arms openly and if they respect the laws and customs of war.”

General Issue Geneva Convention Hague Convention Previous Order German Soldier
These keywords were added by machine and not by the authors. This process is experimental and the keywords may be updated as the learning algorithm improves.
This is a preview of subscription content, log in to check access.