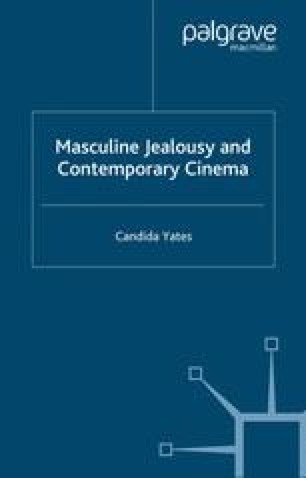 Englishness, Nation and Masculine Jealousy in The End Of The Affair (N. Jordan, USA/UK, 1999)

The End Of The Affair (1999) is a historical drama about an adulterous love affair in London during World War II. The film is based on the 1951 novel by Graham Greene, and was directed and adapted by Neil Jordan. It stars Ralph Fiennes as the jealous lover ‘Maurice Bendrix’, Stephen Rea as the husband ‘Henry’, and Julianne Moore as the wife and lover ‘Sarah’. In many ways The End Of the Affair offers a more radical cinematic treatment of jealousy than other mass-entertainment films such as A Perfect Murder (1998) and provides an opportunity to explore a less rigid and predictable portrayal of jealousy and male rivalry. In The End of The Affair, the depiction of masculine jealousy is linked to questions of faith and its betrayal, together with the impossibility of love and desire.

Male Rivalry Female Protagonist English Heritage Historical Drama Emotional Subjectivity
These keywords were added by machine and not by the authors. This process is experimental and the keywords may be updated as the learning algorithm improves.
This is a preview of subscription content, log in to check access.