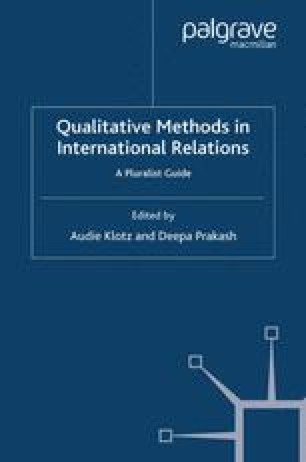 Debates across the social sciences rely on philosophical markers, notably the contemporary polarization between the so-called ‘positivists’ and ‘post-modernists.’ These labels are contested. Few ‘positivists’ rely on a narrow definition of falsification, and many ‘post-modernists’ reject extreme relativism. But the division is also grounded in some legitimate ontological and epistemological differences. For instance, positivists resist including language as a form of observable behavior, and those who reject by assumption the salience of culture or language need not debate how best to study meanings. Post-modernists, in turn, generally see concerns over rigorous analysis as a hallmark of a putatively flawed scientific approach to human action. One unfortunate result of this pervasive divide is a limited appreciation of the insights offered by scholars working within alternative frameworks. It leaves little common ground for analyzing the role of rhetoric in foreign policy choice, for instance.