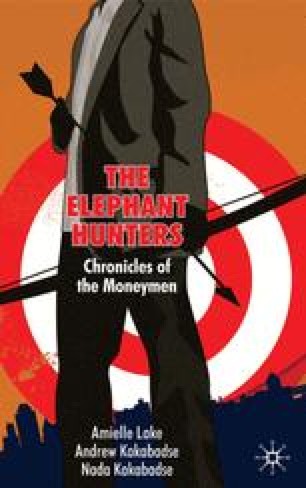 The Hunt That Goes Wrong

Before a tsunami strikes, the bay affected empties itself, exposing the fish and all that lives under its surface. It is nature’s way of indicating that a tsunami is coming. Unfortunately, very few people are equipped to recognize that disaster is imminent. The Indian Ocean tsunami of 2004, which claimed some two hundred thousand lives, is a case in point. Many died because they did not run fast enough or became trapped behind others unable to get out. Still worse, many died running towards the water, scooping up the vast reserves of fish that were left behind. They believed it was a blessing. All the while, the ocean curled back on itself, gathering strength for a cataclysmic return.

Hedge Fund Government Debt Indian Ocean Tsunami Investment House Silver Coin
These keywords were added by machine and not by the authors. This process is experimental and the keywords may be updated as the learning algorithm improves.
This is a preview of subscription content, log in to check access.