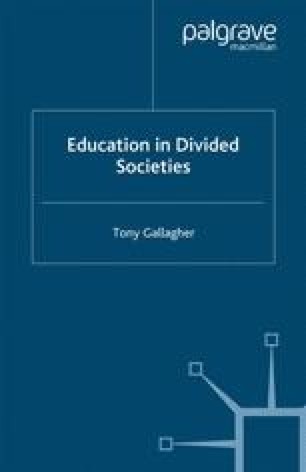 We Are All Ethnic Now

The twentieth century has witnessed the end of empires and the rise of the nation-state, with new states emerging at the end of each of the First, Second and Cold Wars. The most spectacular growth occurred between 1945 and 1984 when the number of independent states rose from 72 to 168 (Kidron and Segal, 1984). The post-1945 expansion of states was linked to the decline of colonialism so that by 1984 there remained less than ten occupied or colonial territories across the globe. But despite the rise in the number of independent states, territorial boundaries have usually remained stable. Thus, between 1945 and 1984, the most significant territorial changes were the secession of East Pakistan to form Bangladesh, the forced partition of Cyprus, the reintegration of Vietnam, and Israeli occupation of the West Bank and Gaza Strip.

Indigenous People Ethnic Identity Social Theory Gaza Strip Territorial Dispute
These keywords were added by machine and not by the authors. This process is experimental and the keywords may be updated as the learning algorithm improves.
This is a preview of subscription content, log in to check access.