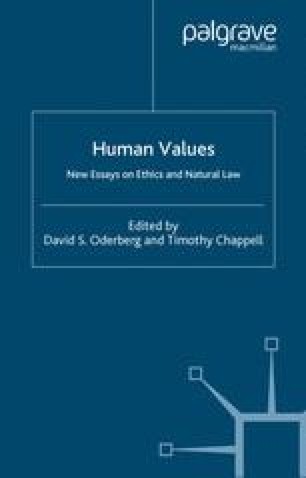 The term ‘natural’, together with its cognates, is among the most problematic in the philosophical vocabulary, and in any discussion involving the term it is very important to be aware of the way in which its traditional meaning has been all but erased in current philosophical usage. In contemporary philosophical debate, the word ‘natural’ is most frequently associated with the programme known as ‘naturalism’, which has become something of a default agenda in modern analytic philosophy. Though it is often not precisely defined, it signals, very roughly, a determination to account for everything there is without any appeal to supernatural (often pejoratively called ‘spooky’) or other metaphysically charged explanations. In the sphere of moral philosophy, the programme aims to explain the realm of the normative (including the domain of moral obligation) in broadly empirical terms — as somehow part of, continuous with, or in some sense derivable from, the ordinary natural phenomenal world around us.

Moral Judgement Natural World Moral Philosophy Moral Experience Metaphysical Picture
These keywords were added by machine and not by the authors. This process is experimental and the keywords may be updated as the learning algorithm improves.
This is a preview of subscription content, log in to check access.