The Political Economy of Regionalism 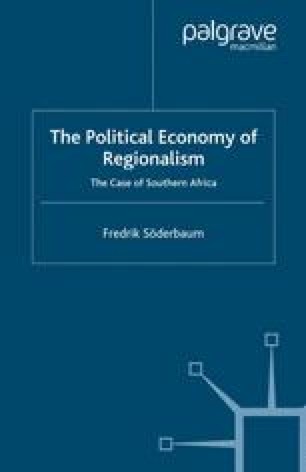 The Political Economy of Regionalism pp 54-67 | Cite as

The Historical Construction of ‘Southern Africa’

This chapter reveals some key elements of how Southern Africa has been historically constructed as a region by state, market, society as well as external actors. The ambition is not to make an exhaustive description of the history of Southern Africa, but rather to show how social actors and the cumulative legacies and struggles over territory, race, labour, political, economic and social goals have served to construct the heterogeneous regional space referred to as ‘Southern Africa’.

Political Economy African National Congress National Party Historical Construction Apartheid Regime
These keywords were added by machine and not by the authors. This process is experimental and the keywords may be updated as the learning algorithm improves.
This is a preview of subscription content, log in to check access.