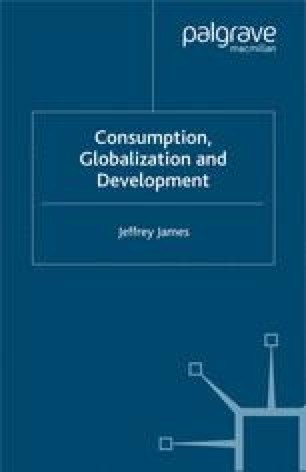 Can Appropriate Products Capture Mass Markets in a Globalizing World? a Case Study from India

Historically the appropriate technology movement has been predisposed to favour non-commercial methods of designing and disseminating products and technologies specifically for the benefit of the low-income majority in developing countries. This particular bias can be understood, according to Carr (1985: 370), with reference to the fact that ‘the AT movement grew out of a concern for people with little or no cash, who must be helped to gain access to products and services in ways other than through the market place.’ In general, however, this non-commercial approach has enjoyed only a limited degree of success over the past two decades or so. For while one can readily point to examples in various developing countries where appropriate products and processes have indeed been successfully diffused at the local or village level, these successes have usually not been replicated at the macro or national level.1

Demand Curve Multinational Corporation Laundry Detergent Eastern Economic Review Technology Movement
These keywords were added by machine and not by the authors. This process is experimental and the keywords may be updated as the learning algorithm improves.
This is a preview of subscription content, log in to check access.

Cite this chapter as:
James J. (2000) Can Appropriate Products Capture Mass Markets in a Globalizing World? a Case Study from India. In: Consumption, Globalization and Development. Palgrave Macmillan, London. https://doi.org/10.1057/9780230510951_6