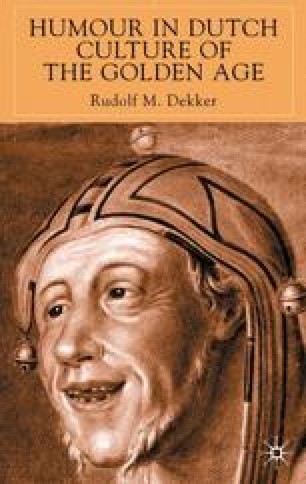 The Dutch are considered a humourless people par excellence.1 A well-known sociologist characterised the Dutch in the 1940s as a ‘joyless people who are rarely cheerful’.2 The widespread image of the humourless Dutch has a long history. Back in 1833 a German traveller noted that the Dutch ‘are by nature unreceptive to humour’.3 More than a century earlier, an Englishman wrote: ‘The Dutch are more famous for their industry and application, than for wit and humour.’ Another concluded: ‘There is more sense than wit, more good nature than good humour.’4 And a French traveller from the middle of the eighteenth century commented: ‘Their character is cold and heavy.

Eighteenth Century Seventeenth Century Good Nature Dutch Translation Classical Writer
These keywords were added by machine and not by the authors. This process is experimental and the keywords may be updated as the learning algorithm improves.
This is a preview of subscription content, log in to check access.