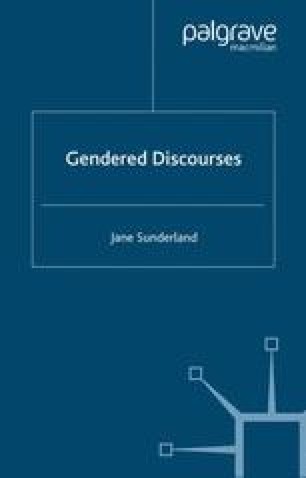 In this book, I have explored gendered discourses through the findings of older and new, previously unpublished studies, and I have tried to do so in ways which will be of theoretical and practical (‘operationalizable’) interest to the experienced and novice discourse analyst alike. Is the identification of gendered discourses, an appropriate approach for feminist and ‘gender studies’ of language to take? Ros Gill expresses considerable reservations about the way much discourse analysis is ‘underpinned at a theoretical level by a thoroughgoing relativism or epistemological scepticism’ (1995: 169). In response to this, she argues for a relativism with values, and a reflexivity ‘which requires analysts to make explicit the position from which they are theorizing, and to reflect critically upon their own role’ (1995: 179) — a practice also associated with CDA, of course.