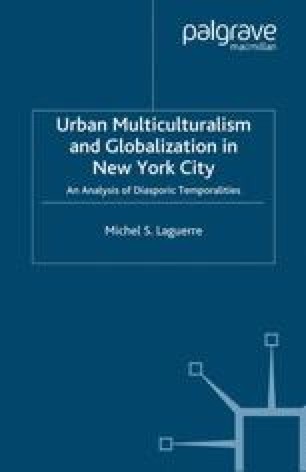 Multiculturalism implies the Balkanization of diversity; spatial, religious, linguistic, racial, or temporal segregation; the homogeneity of ethnic groups so that they can be differentiated from one another in the name of cultural authenticity; and the presumed ethnic interaction that must go on to express the civic identity of the local community.1 Furthermore, it presupposes that the interaction is equal, carried out in a horizontal plane, instead of in a hierarchical axis between a dominant and dominated groups in which it is power that is the prevalent mechanism shaping the relationship.

York City Time Equity Yellow Page Cultural Authenticity Civic Identity
These keywords were added by machine and not by the authors. This process is experimental and the keywords may be updated as the learning algorithm improves.
This is a preview of subscription content, log in to check access.