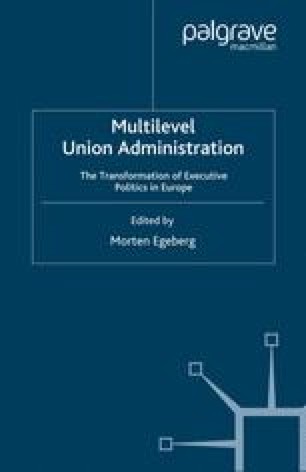 If deep change is indeed taking place in the European political order, how would we detect it? And how could it be explained? These are the two important questions dealt with in this chapter. It starts by addressing the indicator problem: what could be a fruitful yardstick for ascertaining qualitative alterations to a political system basically composed of nation-states? I suggest that the extent to which cleavages cut across national borders could be one attractive way of gauging system change. After thus having clarified the dependent variable, I then, in two successive steps, outline how changes in the structure of conflict at the European level might be accounted for. While Marks and Steenbergen (2004) hypothesize that political contestation at the European level is connected to that in domestic arenas, I argue here that the patterns of cooperation and conflict found at the European level are highly dependent on the institutional architecture found at that same level. However, if EU-level institutions do really matter in this respect, we have to (and this is the second step) ask how this institutional structure has itself come about. This second step, of course, opens up an enormous research agenda that has already been widely addressed. Thus, in this chapter the last theme will only be relatively superficially touched upon.

European Central Bank European Level European Parliament Institutional Architecture European Politics
These keywords were added by machine and not by the authors. This process is experimental and the keywords may be updated as the learning algorithm improves.
This is a preview of subscription content, log in to check access.