The Doha Round of Multilateral Trade Negotiations 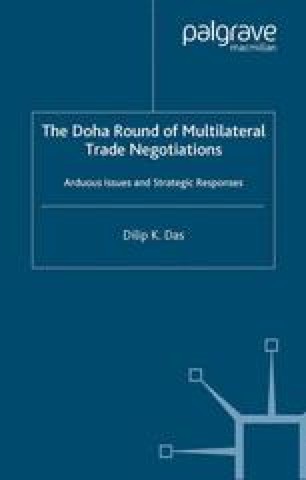 Setback in Cancún: Salvaging the Doha Round

The Fifth Ministerial Conference of the World Trade Organization (WTO) was held during 10–14 September 2003, in Cancún, Mexico. One of its objectives was to review the progress, or lack thereof, made in the Doha Round of multilateral trade negotiations (MTNs) so far. Its culmination without an agreement had little element of surprise for the cognoscenti in the area of international trade.1 Its successful conclusion would, indeed, have been astounding. Other than being a tough grind, such negotiations are strongly failure-prone. Although this failure was indeed a setback to the trade liberalization efforts of the global community, such failures had occurred in the past. According to one observer, of the nine Ministerial Conferences under the aegis of the GATT and the WTO, four were considered complete failures.2 The debacle in Seattle (1999) is fresh in our memories. The Uruguay Round (1986–94) of MTNs collapsed and had to be dextrously pulled back onto its feet by the erstwhile Director General3 of the General Agreement on Tariffs and Trade (GATT). Originally it was to have been completed in three years, but its deadline had to be extended several times and it took seven-and-a-half years to be completed. The fate of the Doha Round of MTNs seems to be heading the same way. It was originally scheduled to complete in January 2005, but it was apparent early on during the negotiations that the probability of its concluding on schedule was remote, if not non-existent.

European Union Foreign Direct Investment World Trade Organization Uruguay Round Export Subsidy
These keywords were added by machine and not by the authors. This process is experimental and the keywords may be updated as the learning algorithm improves.
This is a preview of subscription content, log in to check access.