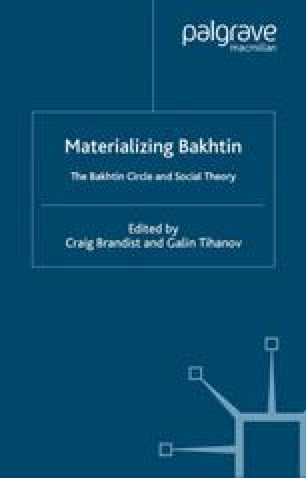 Bakhtin and the Study of Popular Culture: Re-thinking Carnival as a Historical and Analytical Concept

It is a notable irony that at the same time as scholars in medieval studies are bemoaning the marginality of their subject within the academy, a substantial proportion of the rest of the academic world would appear to be taking a vigorous interest in this very period, judging by the burgeoning literature on carnival in cultural studies and related areas. There can be no doubt that the idea of carnival has proved to be one of the most productive critical themes in cultural theory in recent years, with numerous books and articles attesting to the profound and helpful insights that this approach has offered.2 In its emphasis upon the transgression of cultural norms and values by subaltern groups, carnival has been the ideal critical tool for approaching all kinds of social and material interactions and behaviours, from car-boot sales through to rock and roll (Crewe and Gregson, 1997; Kohl, 1993). The key source of ideas for this approach has been Mikhail Bakhtin’s work on medieval and Renaissance carnival, although discussions have also drawn upon examples from the work of early modern historians.3 Studies of carnival forms belonging to the present and to the more recent past have been less well-used by comparison.4

Popular Culture Popular Practice Festal Culture Medieval Study Medieval Culture
These keywords were added by machine and not by the authors. This process is experimental and the keywords may be updated as the learning algorithm improves.