Utopia in the Age of Globalization: Space, Representation, and the World System 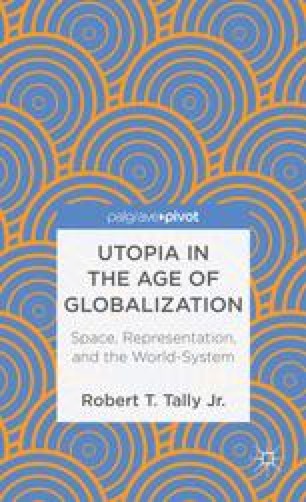 Utopia in the Age of Globalization: Space, Representation, and the World System pp 66-93 | Cite as

Whereas one model of cognitive mapping involved the sort of imaginary community of the nationstate, the world system in the age of globalization is characteristically postnational. As may be seen in the 1980 thriller The Formula, this can appear as a utopia of late capitalism, a vision of a world with “no more enemies … only customers.” But a driving force behind globalization has been the growing financialization of the world economy. Mapping a world in which financial derivatives embody and facilitate such postmodern flows presents new challenges to representation. The vocation of utopia in the era of globalization is to make sense of the flux of transnational power by projecting a new, postnational cartography.

World Market Hedge Fund Credit Default Swap World System Derivative Market
These keywords were added by machine and not by the authors. This process is experimental and the keywords may be updated as the learning algorithm improves.
This is a preview of subscription content, log in to check access.