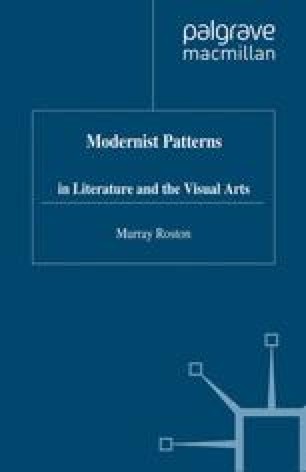 Before attempting to relate a specific aspect of Conraďs narrative method to contemporary painting, I should like to examine briefly the intermedia connections that have interested critics until now. The question of Conrad’s stylistic affiliation to Impressionism and the degree to which his own literary innovations may have drawn upon techniques developed by that school of painters did, in fact, stimulate considerable critical interest, as well as critical puzzlement, during his lifetime. And the evidence supporting such affinities might indeed seem to be strong. Ford Madox Ford, his friend and close literary collaborator, affirmed categorically that Conrad acknowledged the indebtedness, describing him as a writer ‘who avowed himself impressionist’.1 But as Eloise Knapp Hay has warned, even if Ford’s report is correct — and Ford candidly admits to lapses of memory in his reminiscence of their partnership, as well as to an occasional confusing of his own and Conraďs views — the avowal remains problematic, as the implications and connotations of the term ‘impressionist’ at the turn of the century were by no means identical with those current in our own day.2

Human Head Native Woman Interest Critic Stylistic Innovation Colonial Administrator
These keywords were added by machine and not by the authors. This process is experimental and the keywords may be updated as the learning algorithm improves.
This is a preview of subscription content, log in to check access.