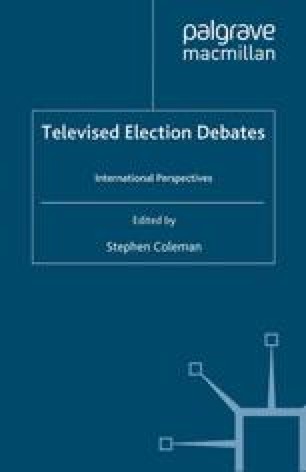 The undoubted power and popularity of televised leaders’ debates was first brought home by the Kennedy-Nixon debates of 1960. Since then the British electorate has been denied the opportunity to see their political leaders in such debates with one other. In 1997 as in 1992 this basic democratic exercise, which most advanced countries take for granted, was ruled out for the British people. Again.

Prime Minister Political Elite Election Campaign Marketing Manager Parliamentary System
These keywords were added by machine and not by the authors. This process is experimental and the keywords may be updated as the learning algorithm improves.
This is a preview of subscription content, log in to check access.