The Abortion Debate in the World Arena 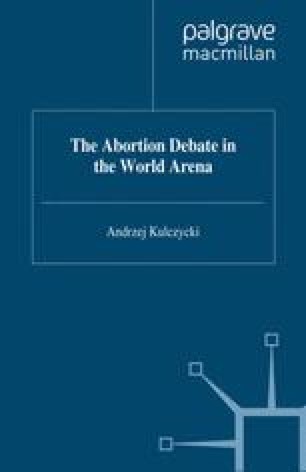 In the early 1970s abortion was rarely discussed openly in Mexico. Since then, its intermittent appearance in public discourse has allowed for the gradual demystification of a once taboo subject. However, it is not yet possible to articulate all aspects of the issue and the question of abortion is mired in a state of negotiated reality where the problem is recognized but not addressed. While one might expect the state, the Catholic Church and those groups with an interest in this matter to become very active players in debate about abortion, it remains an issue where the risks seem greater than the gains to almost all of these parties. This condition induces them ordinarily to speak about abortion sotto voce.

Family Planning Mexico City Family Planning Programme North American Free Trade Agreement Abortion Service
These keywords were added by machine and not by the authors. This process is experimental and the keywords may be updated as the learning algorithm improves.
This is a preview of subscription content, log in to check access.