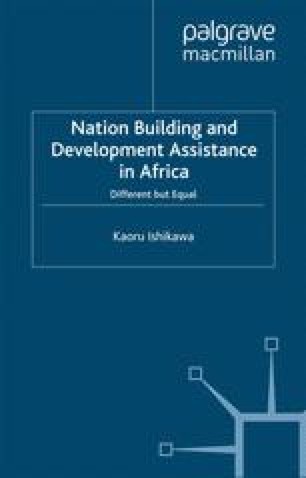 Peace and the Development of Sub-Saharan African Countries

Since the fall of the Berlin Wall, there has been more and more talk of democracy and the market economy, and the end of the communist totalitarian regime in the former Soviet bloc emancipated hundreds of millions of citizens. The northern hemisphere takes the lead in this movement towards happiness for each individual, and a most illustrative and historical consensus to be noted from this viewpoint is the Charter of Paris, issued in 1990 by the then-Conference on Security and Cooperation in Europe (CSCE) nations at the head of state or government level. The Charter mentioned democracy as the only system of government for CSCE nations and stated that an abiding adherence to shared values and their common heritage is the tie which binds North American and European States together. In 1992, at the CSCE Helsinki summit meeting, the notion of free and democratic states from ‘Vancouver to Vladivostok’ was born. In other words, most of the highly industrialized nations representing one fifth of the global population with four nuclear powers who hold permanent seats in the United Nations Security Council are under one roof. Those who did not belong to CSCE, while welcoming the end of the cold war itself, had some mixed feelings about the logical possibility that the gathering expressed as ‘Americano-European Community’ was of a potentially exclusive nature.1 The CSCE meeting had an appearance of a renewed family gathering.

Natural Rubber Coffee Consumption Development Assistance Export Earning Nation Building
These keywords were added by machine and not by the authors. This process is experimental and the keywords may be updated as the learning algorithm improves.
This is a preview of subscription content, log in to check access.