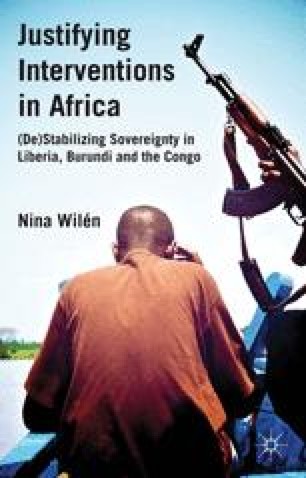 (De)Stabilization: So What? An Analysis of the Political Consequences of the Interventions on a Regional and International Level

The aim of this chapter is to analyse the political consequences of the interventions examined. The title of the chapter comes from the saying: what’s the mission, who’s the enemy, so what? As the title indicates, part of the objective of the chapter is to answer what, if any, are the consequences of the interventions in terms of a destabilization of sovereignty? In addition to this overarching aim, I attempt to examine what sort of political impact these interventions have had on a regional and international level. Intertwined with the overarching aim, this chapter serves to identify the consequences with regard to who gained and who lost power during the interventions, as well as what sort of power that was (for the different types of power, see Barnett and Duvall, 2005, pp. 39–75). Through these questions the objective is to detect how the interventions have influenced the structures of power. The idea is to explore how and to what extent regional and international interventions with the aim to stabilize have political repercussions on different levels.

European Union Security Council External Actor Southern African Development Community African Union
These keywords were added by machine and not by the authors. This process is experimental and the keywords may be updated as the learning algorithm improves.
This is a preview of subscription content, log in to check access.

Cite this chapter as:
Wilén N. (2012) (De)Stabilization: So What? An Analysis of the Political Consequences of the Interventions on a Regional and International Level. In: Justifying Interventions in Africa. Palgrave Macmillan, London. https://doi.org/10.1057/9780230374966_7