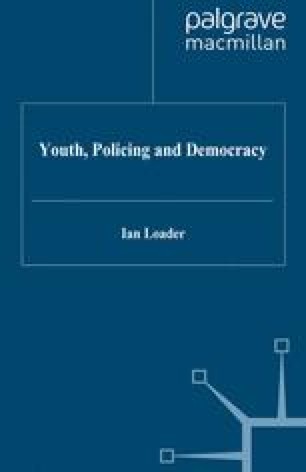 Can a democratic, inclusive and viable alternative to managerialism be developed? An important strand of contemporary social theory would suggest not. It would situate the emergence of managerialism within a more far-reaching set of social changes that has seen questions of democracy rendered increasingly irrelevant to institutional and societal reproduction in the late-modern world. Bauman (1987), for example, argues that issues of democratic legitimacy have been made redundant in societies where the majority are seduced by the material benefits of consumer capitalism, while the marginalised (such as young unemployed men) are increasingly subjected to coercive social regulation (cf. Galbraith, 1992).

Police Officer Communicative Action Practical Knowledge Critical Theory Discourse Ethic
These keywords were added by machine and not by the authors. This process is experimental and the keywords may be updated as the learning algorithm improves.
This is a preview of subscription content, log in to check access.