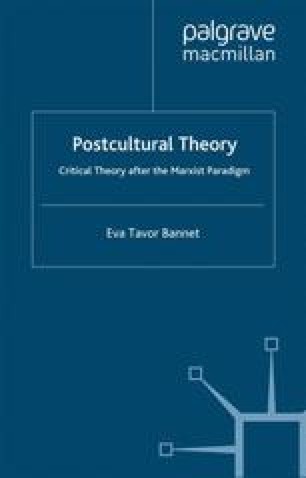 The Other Body of Man in Derrida, Levinas, Lacoue-Labarthe, Nancy and Borch-Jakobsen

(De)construction is deconstruction with a significant difference. Depending on one’s orientation, this difference could be described socio-historically in terms of a difference of generation, location and political climate, or theoretically as a redeployment of deconstruction for (re)generative work. Deconstruction was a transatlantic phenomenon issuing from Derrida’s kabbalistic revisions of Heidegger in the late ‘60s and early ‘70s in direct or indirect response to an international mood of rebellion against the ‘system’. (De)construction is a still largely untranslated French phenomenon of the later ‘70s and ‘80s, which issues from a more or less cohesive intellectual group that includes Philippe Lacoue-Labarthe, Jean-Luc Nancy, Derrida and Levinas; and it speaks to those who understand why a return to the hierarchical, humanist, man-centered status quo ante is unacceptable, but not why it must remain impossible to affirm an other self, an other truth, an other ethics or a God other than the conventional patriarchal figure of institutionalized religions.

Institutionalize Religion Dogmatic Philosopher Finite Mind Feminine Body Material Human Body
These keywords were added by machine and not by the authors. This process is experimental and the keywords may be updated as the learning algorithm improves.

Upon comprehending their words, I

hastened and delayed not, and I

fulfilled their beckonings … And I

rendered it from the dismal language

of Kedar to the language of glorious