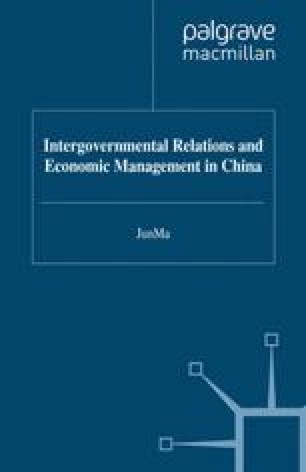 As discussed in Chapter 1, China introduced a decentralized revenue-sharing system (that is, the fiscal contract system) in 1980. Despite many changes, the fiscal contract system maintained two features between 1980 and 1993: the provincial and lower level governments collected most of the revenues, except for a few taxes such as custom duties; each province remitted a certain amount (or percentage) of its locally collected revenue to the center, or received a certain amount of central governmental transfer, according to a contract signed with the center.

Economic Management Revenue Collection Commitment Regime Optimal Revenue Intergovernmental Relation
These keywords were added by machine and not by the authors. This process is experimental and the keywords may be updated as the learning algorithm improves.
This is a preview of subscription content, log in to check access.