Japan as –anything but– Number One 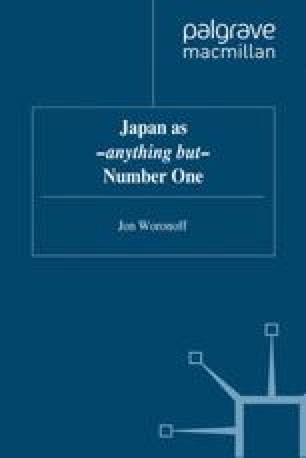 Who runs Japan? The politicians, the bureaucrats or the businessmen? That is the eternal question that exercises the minds of the foreign friends of Japan. Normally, one would expect them to pick the politicians since these are the folks who run the government in most other countries. But there are rather few who take that option. One of the most credible is Gerald Curtis, who argues that Japanese politicians have increasingly influenced policy and adapted flexibly to the wishes of the populace.

Prime Minister Business Community Fair Share Liberal Democratic Party Revolving Door
These keywords were added by machine and not by the authors. This process is experimental and the keywords may be updated as the learning algorithm improves.
This is a preview of subscription content, log in to check access.