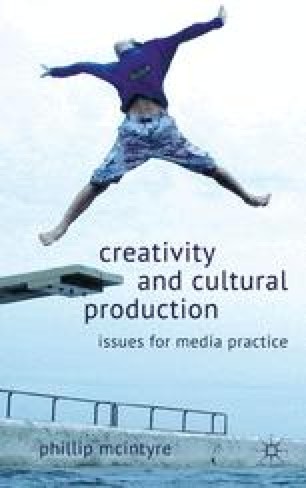 Photography: Art, Craft and Their Symbiosis

In Chapter 10 we discussed the nature of film-making and the authorship of films. The auteur theory was one attempt to account for the way this particular form of cultural production attempted to view itself as an art form. The creative process of the director in particular was seen to be vital to this theory. In many ways this theory was, for film, an attempt to move away from the view that film-making was a collective enterprise based on the craftsmanship of many technicians and move film itself into the realm of high art. If film could prove that it had artists at work, then film-making must be taken seriously as art. Implicit in this process was the use of a hierarchical view of what it means to be an artist as opposed to what it means to be a craftsperson. In the Western cultural world this question of the value of art over craft has been writ large for photography. For example, photography has been historically looked down upon by the established art world in the West. In 1895 Baudelaire declared photography to be a ‘hand maid to the arts and science, but their very humble handmaid’ (in Wells 2004, p. 13). As recently as 1982 this argument was still causing consternation within the photographic community as the following case illustrates.

Collective Enterprise Hierarchical View Aesthetic Object Modern Democratic Society Concise Oxford Dictionary
These keywords were added by machine and not by the authors. This process is experimental and the keywords may be updated as the learning algorithm improves.
This is a preview of subscription content, log in to check access.