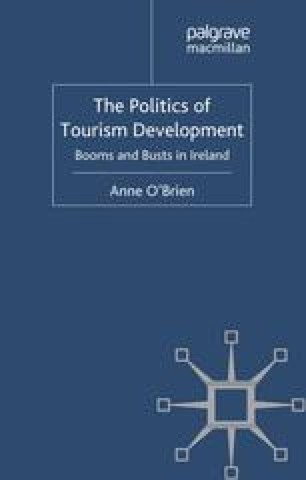 The Politics of Tourism Development pp 16-34 | Cite as

Late modernity’s capitalist political economy has played a significant role in recent decades in changing the patterns of production and consumption within Western economies in general, the services sector in particular, and the tourism industry most notably. Just as capitalist industry underwent a restructuring process in the late 1970s and early 1980s with regional, national, and global shifts in opportunities for capital accumulation and employment, so too the nature of tourism production changed in this period, and tourism became an essential component of these ‘post-industrial’ or ‘post-Fordist’ shifts, in which production was increasingly transnational, interdependent, and multipolar.1 Following these changes in capitalist political economy, tourism found itself ‘at the forefront of an important recent dynamic within capitalist accumulation in terms of the creation and marketing of experiences’ (Hall, 1994: 194). Within the culture industry, leisure and tourism activities have been increasingly commodified, that is cultural pursuits have been transformed into ‘experiences’, which are traded as commodities. ‘Experiences’ are the outcomes of what Urry (1990) calls gazing, a process of collecting signs, and tourism industries are constructed to service the gaze. As the tourism service industry has expanded under these conditions ‘Travel and tourism has become one of the largest industrial complexes and items of consumption in modern Western economies’ (Britton, 1991: 451) and as tourism has become a global growth sector, states have become increasingly inclined to engage with it as a means of achieving economic growth.

Policy Process Tourism Industry Capitalist Economy Tourism Development Tourism Sector
These keywords were added by machine and not by the authors. This process is experimental and the keywords may be updated as the learning algorithm improves.
This is a preview of subscription content, log in to check access.