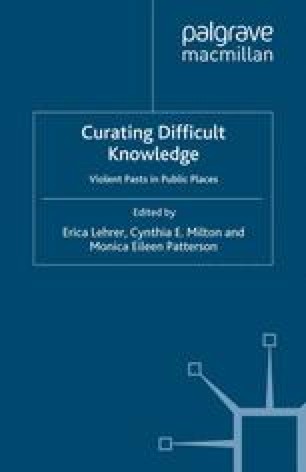 Politics of the Past: Remembering the Rwandan Genocide at the Kigali Memorial Centre

In April 2004, the Kigali Genocide Memorial Centre was dedicated to commemorate the tenth anniversary of the Rwandan genocide. Perched on a hill overlooking the city of Kigali, the center houses a museum with a permanent exhibition, a memorial garden, a small library and nascent documentation center, and mass graves holding the remains of over 250,000 genocide victims. While the museum is built on a neutral site, chosen for its striking location and its availability rather than its meaning to genocide memory, the Kigali Centre strives to be the center of Rwandan genocide remembrance. In this country that is both deeply wounded by the devastation of the genocide, but also furiously trying to put the past behind it in a flurry of development projects, the Kigali Centre seeks to be both a solemn and enduring site of commemoration for survivors and families and an active partner in Rwanda’s development.

Mass Grave International Criminal Tribunal Ambitious Plan Display Case Democratic Culture
These keywords were added by machine and not by the authors. This process is experimental and the keywords may be updated as the learning algorithm improves.
This is a preview of subscription content, log in to check access.