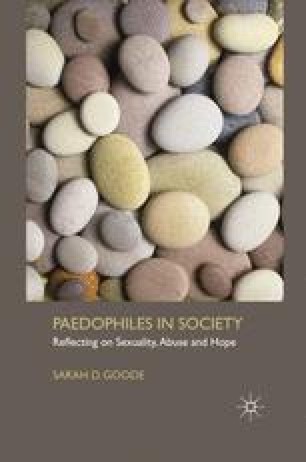 ‘Early Sexual Growth and Activity’: The Influence of Kinsey

Following on from the discussion on ‘making sense’ of paedophilia through historical, cross-cultural and cross-species examples, this chapter now turns to one specific body of data and analysis developed by the biologist Alfred Kinsey and his colleagues at Indiana University and set out in a key text published in 1948, Sexual Behavior in the Human Male. Since its first publication, Kinsey’s work has been the focus of controversy and misinterpretation and it is therefore essential to return to this famous but little-read original source-material for analysis. The impact that this work has had on modern Western society has been profound, and the extraordinary fame of Kinsey’s study on sexual behaviour has recently been revived in the popular imagination by the Hollywood biopic Kinsey (2004), written and directed by Bill Condon and starring Liam Neeson and Laura Linney. The unique data from Kinsey’s survey of sexual behaviour — and the manner in which they were published and discussed both in Kinsey’s original book and in Condon’s film almost sixty years later — not only provide us with a lens through which to examine changes in attitude to the idea of adult-child sexual contact but also show us how such changes in attitude were effected.

Sexual Behavior Sexual Abuse Child Sexual Abuse Sexual Contact Human Sexuality
These keywords were added by machine and not by the authors. This process is experimental and the keywords may be updated as the learning algorithm improves.
This is a preview of subscription content, log in to check access.

Cite this chapter as:
Goode S.D. (2011) ‘Early Sexual Growth and Activity’: The Influence of Kinsey. In: Paedophiles in Society. Palgrave Macmillan, London