The Sociology of Language and Religion 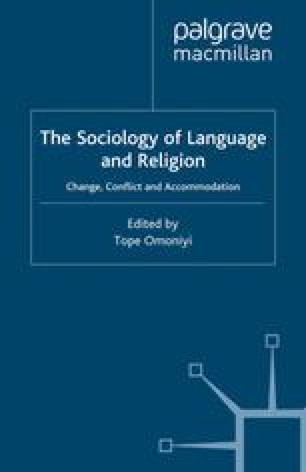 The Sociology of Language and Religion pp 58-83 | Cite as

Authenticating a Tradition in Transition: Language of Hinduism in the US

Indian Language Linguistic Structure Linguistic Code Religious Meaning Hindu Tradition
These keywords were added by machine and not by the authors. This process is experimental and the keywords may be updated as the learning algorithm improves.
This is a preview of subscription content, log in to check access.