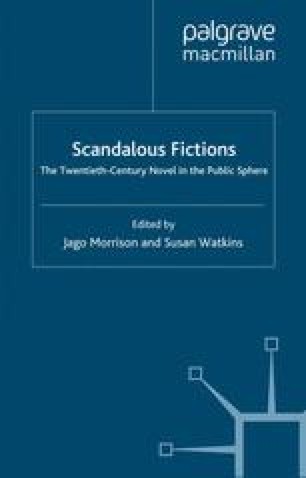 Helen Darville, The Hand that Signed the Paper: Who is ‘Helen Demidenko’?

The Hand that Signed the Paper was published in Australia in 1994, a first novel by the twenty-four-year old Helen Darville.2 It was received with a mixture of great acclaim, to the extent of being awarded three Australian literary prizes, and also, from the very first, much critical opprobrium. Darville published The Hand under the pseudonym ‘Helen Demidenko’, a name whose Ukrainian origin appeared to match the focus on that country’s history in her book. ‘Helen Demidenko’ was no straightforward nom de plume, however, but part of an elaborate masquerade which extended far beyond the text itself. Helen Demidenko claimed that she was the first-generation offspring of a Ukrainian father and an Irish mother. Darville supported her masquerade by publishing articles about her alleged background and through her media pronouncements. Interestingly, it was the Ukrainian side of her invented genealogy, rather than the Irish, which attracted her. She developed an elaborate faux-Ukrainian persona by sporting long blonde hair, wearing peasant blouses, and relating stories about illiterate, working-class family members who doused her with vodka at her university graduation.3 The fictive Helen Demidenko had a Ukrainian father who became a taxi driver in Queensland, and an Irish mother who had entered domestic service at the age of twelve. It was not until 1995 that the journalist David Bentley publicly outed Helen Demidenko as Helen Darville.

Taxi Driver Holocaust Denial Narrative Voice Free Indirect Discourse Holocaust Denier
These keywords were added by machine and not by the authors. This process is experimental and the keywords may be updated as the learning algorithm improves.

I am grateful to Cath Ellis, Pip Vice and Susan Watkins for their help in writing this chapter.