The Politics of Romantic Poetry 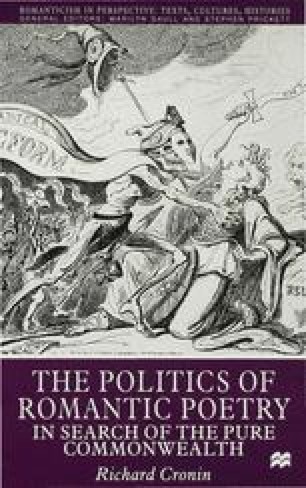 In Scott’s continuation of the ballad, Thomas the Rhymer, the Rhymer tells the story of Tristram,1 and his audience is moved:

Then woe broke forth in murmurs weak: Nor ladies heaved alone the sigh; But, half ashamed, the rugged cheek Did many a gauntlet dry.

Eighteenth Century Modern Reader Historical Fiction Patriotic Sentiment High Theme
These keywords were added by machine and not by the authors. This process is experimental and the keywords may be updated as the learning algorithm improves.
This is a preview of subscription content, log in to check access.