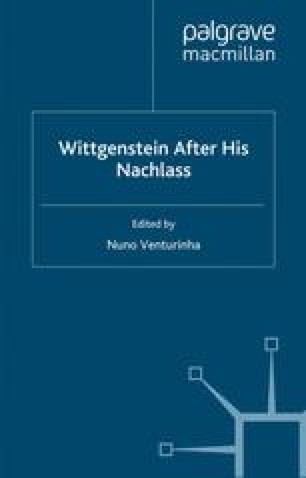 Towards the New Bergen Electronic Edition

The 1998 publication of Volume 1 of Wittgenstein’s Nachlass: The Bergen Electronic Edition (BEE) by Oxford University Press made around 4000 pages of the Wittgenstein Nachlass from the so-called middle period available in diplomatic, normalized and facsimile versions. A second volume followed in 1999 and the complete edition, consisting of five CD-ROMs, appeared in 2000. Thus the Wittgenstein Nachlass, as classified by G. H. von Wright in his Nachlass catalogue, was made available to the public. BEE was prepared at the Wittgenstein Archives at the University of Bergen (WAB) during the second half of the 1990s although work producing the ‘machine-readable version’ of the Nachlass — which formed the basis of BEE — had already begun at WAB in 1990.1 Despite some scholarly and technical deficiencies, BEE is still much appreciated by the academic community; it is, after all, the only existing scholarly edition which gives full access to the Wittgenstein Nachlass in both facsimile and edited text versions. The full impact of this edition can only be assessed in the long term since most new results from BEE-based Wittgenstein research are still in the making or just about to be published. In addition, BEE remains too closely attached to the rapidly developing field of digital editorial philology to allow an adequate view of it within this context. It is, however, a fact that an increasing number of theses, articles and books have appeared that would not have been written without BEE although this is not to say that they would not have been possible without BEE.2

Discovery Project Complementary Resource Text Edition Blank Line Semantic Enrichment
These keywords were added by machine and not by the authors. This process is experimental and the keywords may be updated as the learning algorithm improves.
This is a preview of subscription content, log in to check access.