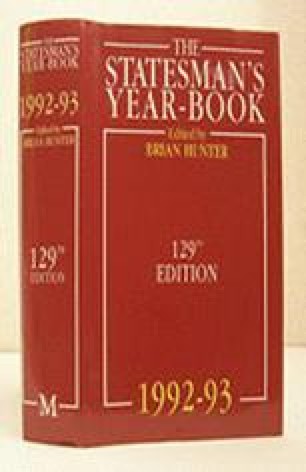 Chapter
Part of the The Statesman’s Yearbook book series (SYBK)

The first Europeans to arrive in Angola were the Portuguese in 1482, and the first settlers arrived there in 1491. Luanda was founded in 1575. Apart from a brief period of Dutch occupation from 1641 to 1648, Angola remained a Portuguese colony until 11 June 1951, when it became an Overseas Province of Portugal. On 11 Nov. 1975 Angola became fully independent as the People’s Republic of Angola. The People’s Liberation Movement of Angola (MPLA) and the National Union for the Total Independence of Angola (UNITA) committed themselves to putting their rival claims to power to a popular vote, but the agreement broke down in battles which left MPLA in control of the capital and the other factions banished to the countryside. After talks in Lisbon which began in 1990 a peace agreement between the government and the insurgent National Union for the Total Independence of Angola (UNITA) was signed on 31 May 1991. The agreement provides for a political-military mission backed by US, Soviet and Portuguese experts to supervise the ceasefire under UN monitoring.

Peace Agreement Popular Vote Government Force Foreign Economic Relation Rival Claim
These keywords were added by machine and not by the authors. This process is experimental and the keywords may be updated as the learning algorithm improves.
República Popular de Angola
This is a preview of subscription content, log in to check access.