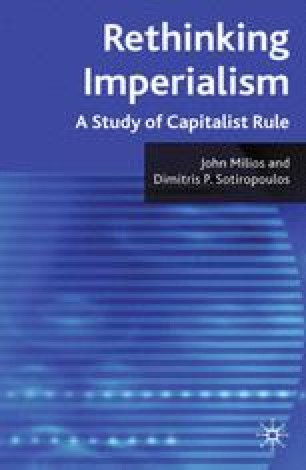 Following what has been argued in the previous chapters, especially in Chapter 4, we can at this point draw certain conclusions regarding the organization of capitalist power at the level of the (national) social formation and the state, vis-à-vis the ‘international capitalist system’, that is the imperialist chain.

National Interest Social Formation Capitalist State National Unity Class Struggle
These keywords were added by machine and not by the authors. This process is experimental and the keywords may be updated as the learning algorithm improves.
This is a preview of subscription content, log in to check access.