Save As … Digital Memories 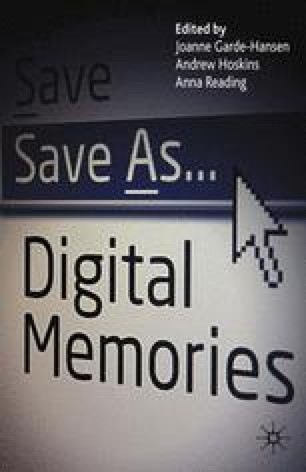 In Blade Runner mastermind Dr Eldon Tyrell of TYRELL Corporation builds replicants that are virtually indistinguishable from humans. There are a few notable exceptions however; replicants are restricted to a four-year lifespan, and the configuration of their neural processors is limited so that they have no ability to process or express human-like emotions. However, perhaps as a result of aLife evolution, as Dr Tyrell and his associates closely monitor their replicants, looking for signs of sentience, he admits that they ‘began to notice in them a strange obsession.’ The replicants become increasingly agitated and subsequently difficult to manage, something that Tyrell hypothesises might be connected to a programming issue. Their four-year shelf life means that the replicants come into existence mimicking mature adults, yet they have very limited life experience on which to base decisions. The artificial human-like beings are suffering from a lack of history, and their personality constructs require more psychological depth. TYRELL Corporation laboratories develop a patch for this system weakness, inserting a neural implant filled with synthetic historical data that operates as a ‘cushion or pillow’ for the replicants’ nascent emotions. After the replicants are outfitted with this soothing bolster of fabricated memories, Tyrell admits, ‘We can control them better.’

Memory Work Science Fiction Digital Archive Virtual Memory Digital Memory
These keywords were added by machine and not by the authors. This process is experimental and the keywords may be updated as the learning algorithm improves.
This is a preview of subscription content, log in to check access.