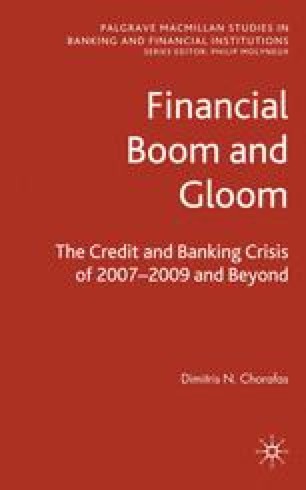 According to financial history books, the concept of lender of last resort dates back to 1797, when Francis Baring so described the Bank of England. A century later, the Bank of England (BoE) obliged by saving his institution from bankruptcy, but it did not repeat the gesture a second time in 1995, and the venerable Barings Bank went bankrupt; several economists applauded the decision not to intervene.

Credit Risk Hedge Fund European Central Bank Money Market Credit Institution
These keywords were added by machine and not by the authors. This process is experimental and the keywords may be updated as the learning algorithm improves.
This is a preview of subscription content, log in to check access.