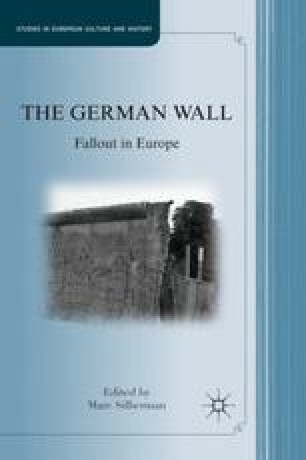 Class of 1989: Who Made Good and Who Dropped Out of German History? Postmigrant Documentary Theater in Berlin

In the documentary play Klassentreffen: Die Zweite Generation {Class Reunion: The Second Generation), Özcan Mutlu, a local politician familiar to many residents of Kreuzberg, remembers growing up in walled-in West Berlin. The fortified division of Berlin, including its public transit system, not only failed to limit the mobility of West Berlin’s immigrant population, who could pass through check-points and strike up relations with East Berliners, but prompted practical jokes on the part of Kreuzberg children who, unobserved by the armed guards patrolling the “dead” subway stations under East Berlin, would throw stink bombs into adjoining wagons and gleefully watch the suffering of nauseous passengers during the interminable ride under East Berlin from Kreuzberg in the south to Wedding in the north. The opening of borders brought together not only ethnic German brothers and sisters separated during the Cold War, but also exposed the existence of extended and unorthodox family structures. As the Wall crumbled, so did marriages in Özcan’s neighborhood: “Many women came over with their kids and said: here we are, or: Dad, it’s me, we’re finally united. Many Turkish families broke up over that, because the wives suddenly realized: he’s had a lover over there—and children! They were the real victims of the Wende, I tell you!”1

Hate Crime Undocumented Immigrant Film Clip Turkish Immigrant German Theater
These keywords were added by machine and not by the authors. This process is experimental and the keywords may be updated as the learning algorithm improves.
This is a preview of subscription content, log in to check access.