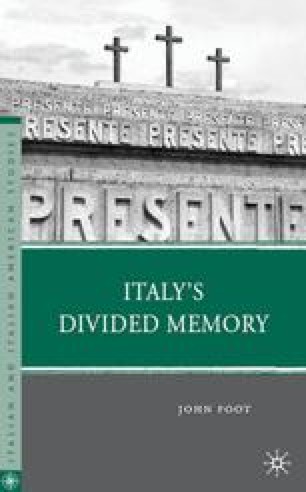 The Strategy of Tension and Terrorism

On December 12, 1969, a bomb exploded in a bank in Piazza Fontana in the center of Milan. Sixteen people eventually died and more than ninety were injured. This was the first act in what later became known as the “strategy of tension.” Although much is still unknown about the series of bombs that exploded throughout the 1970s, most commentators now agree that they were placed by neofascist activists as part of a plot inspired by sections of the secret services.1 These events took place in the middle of the most radical moment of late 1960s, with student and worker movements active across the whole of Italy.

Conspiracy Theorist Secret Service Bomb Attack Railway Worker Christian Democratic Party
These keywords were added by machine and not by the authors. This process is experimental and the keywords may be updated as the learning algorithm improves.
This is a preview of subscription content, log in to check access.