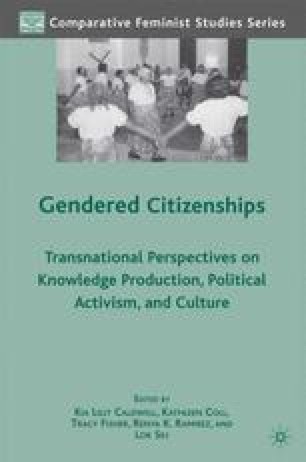 Black Women, Cultural Citizenship, and the Struggle for Social Justice in Brazil

Black Woman Domestic Worker Work Relationship Domestic Service Brazilian Society
These keywords were added by machine and not by the authors. This process is experimental and the keywords may be updated as the learning algorithm improves.

I insist on working on the issue of culture in order to show the outside society… because our community is marginalized. They think that here in Vera Cruz there are only marginal people, that there are only criminals. So with culture, with dance, capoeira,1 now with the elderly, we are showing that here there are not only marginal elements.