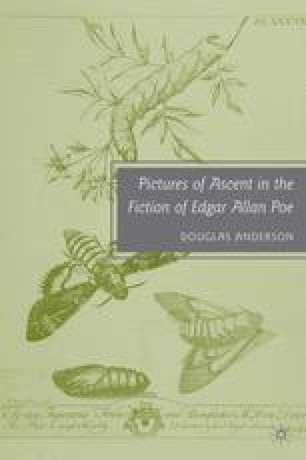 The Infected World at Large

Poe’s interest in Roderick Usher’s conception of universal sentience takes overt, scientific form two years later in “The Island of the Fay,” a so-called plate article that he published in Graham’s Magazine for June 1841, one month after “A Descent into the Maelström” and two months after “The Murders in the Rue Morgue” had appeared in the same periodical. “The Colloquy of Monos and Una” would follow its three predecessors into the pages of Graham’s in August, presenting to the magazine’s readers, over a period of five months, a compact anthology of Poe’s artistic and philosophic interests. Nearly everything that he wrote both before and after this burst of activity in the spring and summer of 1841 could be classified under a heading identified with one of these four pieces—all pointing toward the linked interests in cosmology and consciousness that Poe systematically introduces, for the first time in his career, at the beginning of “The Island of the Fay.”

Sixth Sense Tulip Tree Black Chamber Slave Woman Local Remedy
These keywords were added by machine and not by the authors. This process is experimental and the keywords may be updated as the learning algorithm improves.
This is a preview of subscription content, log in to check access.