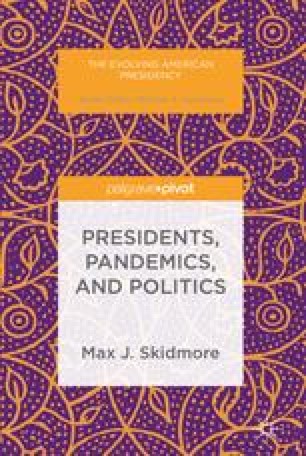 Despite many obstacles, Ford’s NIIP resulted in huge numbers of vaccinations. The pandemic, however, did not develop, and other considerations, some of them political, brought Ford’s program into disrepute. It would be an exaggeration to say that it caused Ford’s defeat in the election of 1976, but certainly it contributed.

The outcome led to the development of a popular view that accepted Ford’s NIIP as a fiasco, perhaps even one that was purely motivated by politics. This chapter suggests that the time has come for a more nuanced interpretation; that Ford’s program was well-intentioned, that the view that it was a failure is misguided, and that it offers subsequent health planners positive, as well as negative, examples for guidance.