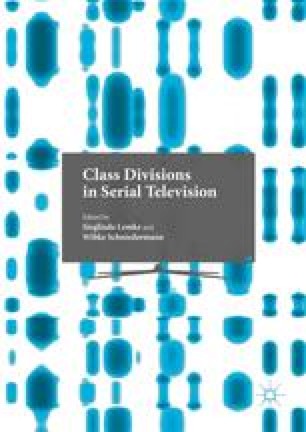 Stephen Shapiro reads serial television drama as a “laboratory” that allows increasingly volatile middle-class viewers to practice new class alignments while still holding on to their self-proclaimed class affiliation. The past fifteen years of “quality” television drama combine a process that moves away from traditional semiotic theories of subjectivity to facilitate this class realignment. The US-American middle-class viewer seeks separation from neoliberal elites and a new alliance with the working class. Subscription television’s recent stages of development chart this transformation.

Middle Class Television Drama Grand Jury Class Alliance Baltimore Harbor
These keywords were added by machine and not by the authors. This process is experimental and the keywords may be updated as the learning algorithm improves.
This is a preview of subscription content, log in to check access.