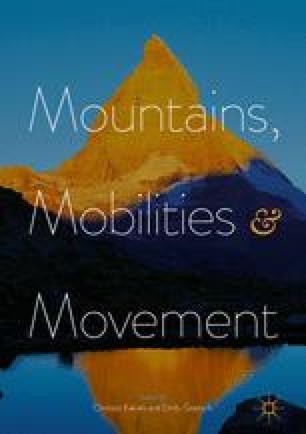 A Difficult Line: The Aesthetics of Mountain Climbing 1871–Present

In the climbing literature it is immediately apparent that the idea of lines permeates every page. This chapter investigates texts by people who, in different historical settings, were the first of their time and discipline to write instruction manuals for their craft and who, by doing so, grappled specifically with the concepts of ‘lines’, ‘problems’ and ‘difficulty’. One of these texts was written by Geoffrey Winthrop Young, late nineteenth- to early twentieth-century British mountaineer and educationist, and best known for his many first ascents in the Alps and for his manual of mountaineering technique Mountain Craft (1920). The closer analysis of these texts will show a preoccupation with distinct pleasures and examine forms of aesthetic appreciations that are more universally valid through the concept of ‘difficulty’.