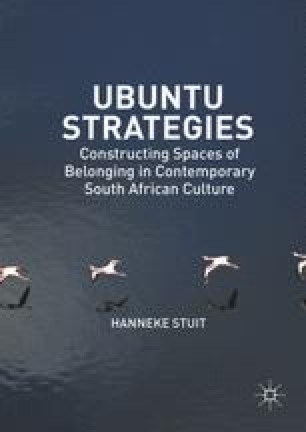 “The Ubuntu Strategy”: Commodification and the Affective Politics of Ubuntu

Stuit discusses the intersections between commodification, affect, and politics in recent uses of ubuntu. She discusses the role of language and affect in the recent outbreaks of xenophobic violence in South Africa and addresses the strategic use of ubuntu’s positive affective charge in market-oriented approaches of ubuntu locally and globally. Objects discussed are a FIFA commercial, Ubuntu Cola, Ubuntu Linux, and recent management and HRM discourses. With reference to Žižek’s commodity fetishism, Stuit shows that these marketed expressions of ubuntu strategically circulate the positive affect associated with ubuntu and problematically rely on notions of social exclusion and private property. The final case study of the book focuses on the political application of ubuntu by the Durban Shack Dwellers Movement in comparison with Hardt and Negri’s concept of the multitude.

Fair Trade National Unity British Petroleum National Branding Fair Trade Product
These keywords were added by machine and not by the authors. This process is experimental and the keywords may be updated as the learning algorithm improves.
This is a preview of subscription content, log in to check access.