Macroeconomic Aspects of Aging and Retirement of College and University Teachers 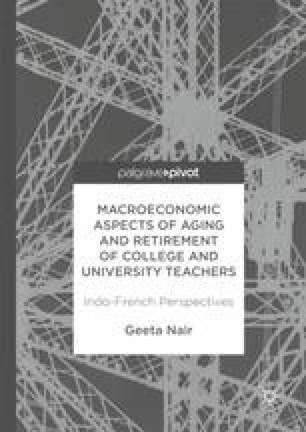 The detailed discussion and analysis of aging and retirement in the two chosen countries of France and India in the preceding chapters clearly portray certain unique features. We would like to list general aging trends and their spread over time and regions of the world in our concluding remarks in this chapter. Some of the major characteristics that mark the global spread of aging are as follows:

Parent Support Ratio (PaSR) Least-developed Regions (LDRs) More-developed Regions (MDRs) Pension Reform Double-digit Figures
These keywords were added by machine and not by the authors. This process is experimental and the keywords may be updated as the learning algorithm improves.
This is a preview of subscription content, log in to check access.