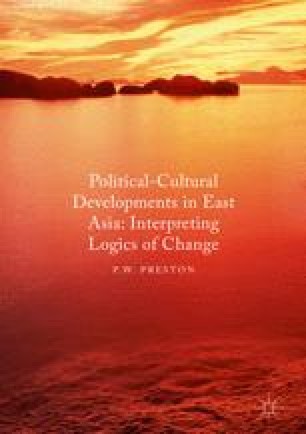 Contemporary Thailand: Local Culture and/or the Manner of Failure

Siam entered the modern world via a foreign-inspired conservative revolution from above. In reaction to the arrival in the region of powerful foreign traders, the elite inaugurated a top-down process of reform designed to accommodate the demands of these foreigners whilst preserving local patterns of power and, so far as possible, local forms of life. The result was a modernizing absolute monarchy. But in 1933, the army staged a coup, abolished the absolute monarchy, invented the Thai nation and thus Thailand and began a programme of reform, unfortunately interrupted by war, after which the country, now lodged in the American sphere and acting in line with their demands, in particular the spillover of cold war conflicts in neighbouring countries, experienced a series of military coups, as once again the line of development was conceived in conservative top-down terms as change should not threaten the status quo. Yet progress has taken place. And whilst it has been slow, it has been effective and new social forces have emerged, with provincial elites and grass-roots citizens, and they are looking for a political space within the system. The impact of the 1997 financial crisis led to a new constitution and offered a chance for a new politics, but the old elites resist. The twenty-first century has seen several recent coups, and popular aspirations to greater political involvement are mocked as the traditional elite cling to their privileged status. It seems that the unfolding shift to the modern world is blocked, or it may be that the current pattern is the form of the modern world in Thailand.

Modern World Military Coup Thai Society Traditional Elite Absolute Monarchy
These keywords were added by machine and not by the authors. This process is experimental and the keywords may be updated as the learning algorithm improves.