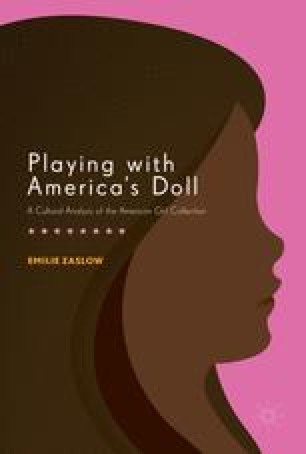 Zaslow explores the inherently paradoxical position of the American Girl brand as a form of commodity activism. Like other manifestations of girl power media culture, American Girl is a collection of material goods produced and purchased within a capitalist system but also a material form of resistance to historical power dynamics. American Girl is a product of a massive corporation whose messaging is organized around a capitalist imperative and also of feminist writers and designers whose intentions are politically inspired. Consumption of American Girl is presented as a political act driven in part by mothers’ goals to shape a generation of resilient, self-directed girls who recognize the power of their voices (and not just their sexuality) as a critical part of their (American) identity.