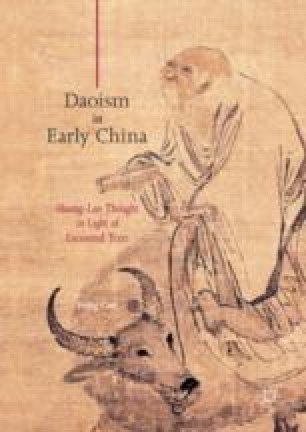 Introduction: On the Huang-Lao Tradition of Daoist Thought

Huang-Lao Daoism was a prevalent mode of thought or temporal discourse that was broadly popular and highly influential for the considerable period of history spanning from the Pre-Qin period to the Wei-Jin periods. Although no longer the mainstream discourse or mode of thought after the Wei-Jin periods, Huang-Lao Daoist thought never wholly departed from the minds of Chinese literati; its subtle influence continued to operate beneath the surface, having far-reaching effects that cannot be overlooked. This is Huang-Lao Daoist thought—a political philosophy guided by Daoist principles; a mode of thought rich in its theoretical aspects yet also highly practical. Although the Daoist philosophy grounded in the Laozi (老子) and Zhuangzi (庄子) texts was full of profound philosophical principles, it failed to offer examples of how to put these principles into practice in the real world, whereas Huang-Lao Daoist thought presented a holistic approach; it grafted aspects from the School of Names and Legalism onto the main trunk of Daoism, with the School of Yin-Yang providing structural elements, whilst avoiding negation of the established mainstream culture by maintaining an emphasis on the educational ethics of the Confucians. With an eye to establishing realistic values and order, Huang-Lao Daoism grew to become a highly feasible and implementable system of political philosophy. The Huang-Lao tradition moves the School of Dao “from the direct negation of authoritarianism to a new means of taking authority (or neo-authoritarianism),” thereby realizing a shift from independent roots to imperially sponsored scholarship in Daoist thought. One might draw a parallel with modern times: the inclusive approach of Huang-Lao Daoism may be compared to a phrase often encountered in Mainland China today, that the country adopts a system, “led by Marxist theory and practice, of socialism with Chinese characteristics,” where Marxism takes the lead, notwithstanding that there are certain characteristics grafted onto it. That is to say that Huang-Lao Daoism had a real presence in its times; it was a mode of thought actively adopted and practiced by rulers and a theoretical system that was highly influential, whilst also being a very complex mode of thought. Huang-Lao Daoism constitutes a thread running continuously through political philosophy from the Warring States and pre-Qin eras to the Han dynasty. As such, research into Huang-Lao thought is of key importance and holds an extremely significant position in understanding the history of Chinese thought overall.

Lao Tzu Zhuangzi textsText Hengxian Yellow Emperor
These keywords were added by machine and not by the authors. This process is experimental and the keywords may be updated as the learning algorithm improves.
This is a preview of subscription content, log in to check access.